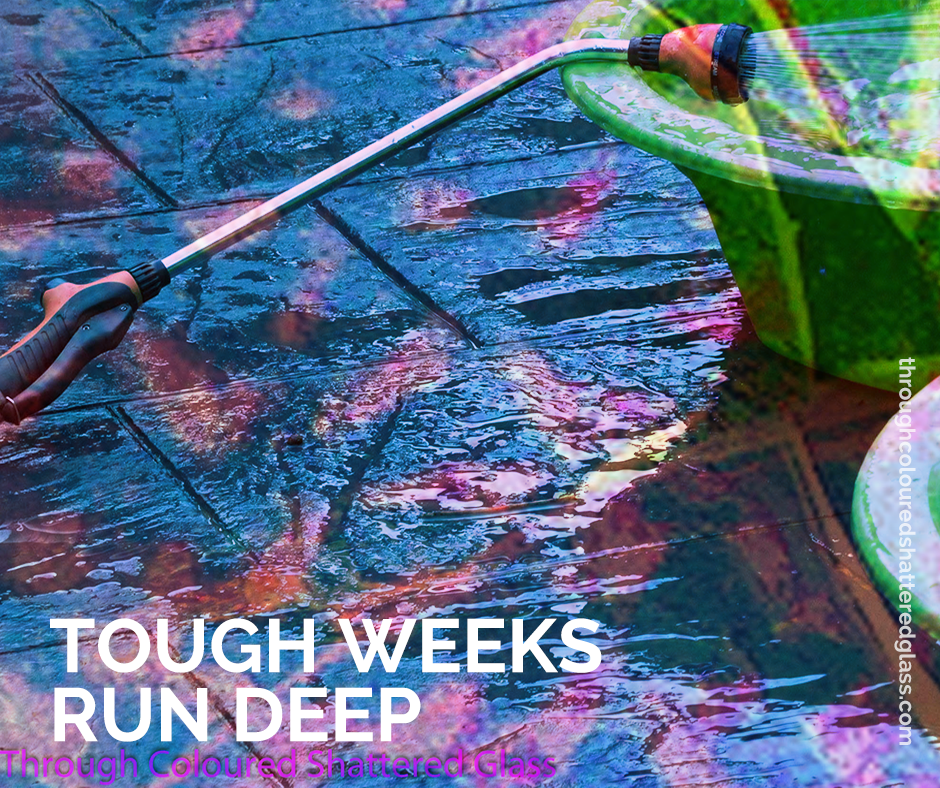 There’s something intensely calming about listening to children sleep, even if they are snoring. I often sit with Chip and Dale at bedtime, because otherwise it can become a slumber party, and they seem to like me being here. As Charlie and Taz are downstairs watching a movie tonight (not one of the ones I like), I’m enjoying the quiet time to sit and write. It’s been a tough week. Chip’s temper seems to be high level right now, and Dale is struggling with patience, so I often have both Chip and Dale competing with Taz for my attention. Each of them has their own take on it. Dale is the gentlest and quietest, so having felt like he isn’t being heard most of the time, he is finding his voice, which really is a good thing. I’m disparately trying to reward him for that. This is made difficult by Chip feeling thoroughly entitled to lose his temper if I don’t answer immediately, and Taz being completely oblivious that anyone else is talking. Many times the chaos has descended into Dale repeating himself while Chip screams and Taz starts asking irrelevant questions. Barely preventing my own head exploding, and gladly NOT losing my sh*t at them,

I’ve managed to live through this so many times this week it’s not funny. Furthermore, a particularly bad episode of this was experienced at the local shopping centre with the climax being Chip kicking me in the shins while screaming in the doorway of the small local supermarket. As if that wasn’t bad enough, after struggling to grab Chip’s shoulder to remove him from the doorway and prevent physical injury, I’m accosted by a stranger, telling me off for grabbing my child by the neck. It’s funny how we doubt ourselves in these circumstances. I checked and double checked I had not hurt Chip, and that I had indeed grabbed his shoulder and not his neck. But amidst the typical mummy guilt I was doubting myself for the entire situation. I wanted to crawl in a hole. I was so hurt. Never mind the vigilanti stranger in the street (I dare say this is how she saw herself, probably telling her friends over lunch about this violent child who had most likely gotten such behaviour from his violent mother), but she didn’t know anything about me, my family, the child in question or anything like that. I can only assume (and hope) that her intentions were genuine in her concern for my child. She doesn’t know about my last shopping centre meltdown from Chip, or how the total stranger lady yelled at him that time, until I said ASD and she backed off. She doesn’t know I hurt way more because my child had kicked me in public (because I didn’t buy him a gingerbread man. How horrible am I?), because he kicked me. When someone you love hurts you, it hurts your heart more then it hurts where they kicked. No one truly knows what has happened, though I have felt this type of judgement before.

Remembering an incident where Taz was around 2yo and he was pushed over in a shopping centre playground. He was crying and bleeding from the head. Firstly I tried to cuddle him, and his response was to push me away, actually putting pressure on my throat which would have choked me if I’d kept him close. So he is in my arms, leaning outwards, as he often did, and I asked for a chair. Not sure why, but I never did get a chair, but then I asked for a bandage from a first aid kit or something, so I could put compression on his head and stop the bleeding, but I didn’t want to do this with something that wasn’t clean. The girl in the store I had gone in to for help said “you can cuddle him you know. It’s only blood. You can wash it out”. If only she had known… So next time you see an interaction between a parent and child, please try not to judge. Things aren’t always as they appear.