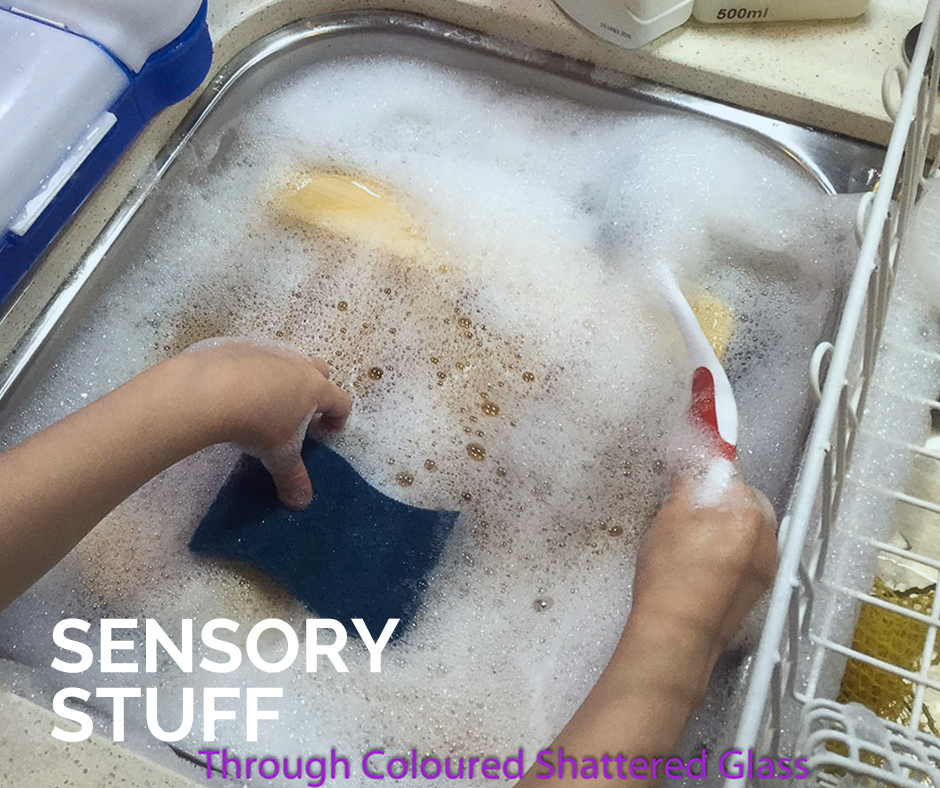 My Dale is a very sensory child. Taz is susceptible to over-stimulation and needing time to himself, and he even shows tendencies to reject new sensory stimuli, like materials (he screamed the first time I put him in bathers material, and he couldn’t touch feathers the first time they were brought out in an early childhood class), but no one is quite as sensory as my Dale. He desires the sort of squeezing hug that would send Taz into a meltdown, and loves to feel pressure, so we do spend time trying to stop him from leaning on us or cuddling us constantly (no really, all the time). It’s truly lovely to have a lad that never refuses a hug, but when he glues like a barnacle, it can be difficult to get much done. I’ve never been able to bring myself to easily tell him to let go of me, partially because Taz spent much of his earlier years avoiding cuddles altogether, so the cuddly Dale and his never-ending hug was thoroughly welcomed by all. I tend to think that if he’d not been a twin, we would have surely had a constant co-sleeper. There’s nothing quite so wonderfully disabling for a mum than a cuddling child who keeps telling me “I love you”. His first two word sentence was “love you!”. I still melt when I think of him saying that for the first time. His loving nature was like the other side of the pancake to Taz for many years. These days Taz is affectionate and loving, more so than other children his age (he still cuddles me in the schoolyard), but he still doesn’t compare to Dale.
Here’s where Dale’s sensory issues get to me though. He could easily audition for the carpet stain remover add with Pro Hart, “Mr Hart! What a mess!” I have spent a long time battling between him doing artwork with his meals, or refusing to even touch it, let alone eat it. This child could have easily become one of those kids that only ate vegemite toast and noodles. In order to avoid him becoming food-phobic, I often let him interact with his food and familiarise himself with the texture, and I also often wished I could hose him down after meals. He recently made mud pie and called it “chocolate ganache” when we went camping last weekend. I was totally relieved that this wasn’t real food for a change. Mud play is fabulous for a sensory kid, though not so great for a kid that hates washing hands with cold water, which is pretty much all we had at the campsite. Still, it did reduce his Pro Hart eating style that night.
The Occupational Therapist suggested sensory play prior to meals, like a tray of rice with toys hidden in it, or slime, or something like that. I went one better and taught him how to do dishes. I figure why not make the solution practical. He LOVES doing dishes, and while he’s not brilliant at it as yet, this activity has reduced his sink play, and improved his approach to meals. WIN! 10 points to the sensory diet! I also cured Taz’s clothing chewing by buying him an electric toothbrush, so the sensory diet is a definite plus!
Does your child have sensory needs? Do you have a pressure-loving hugger in your household?