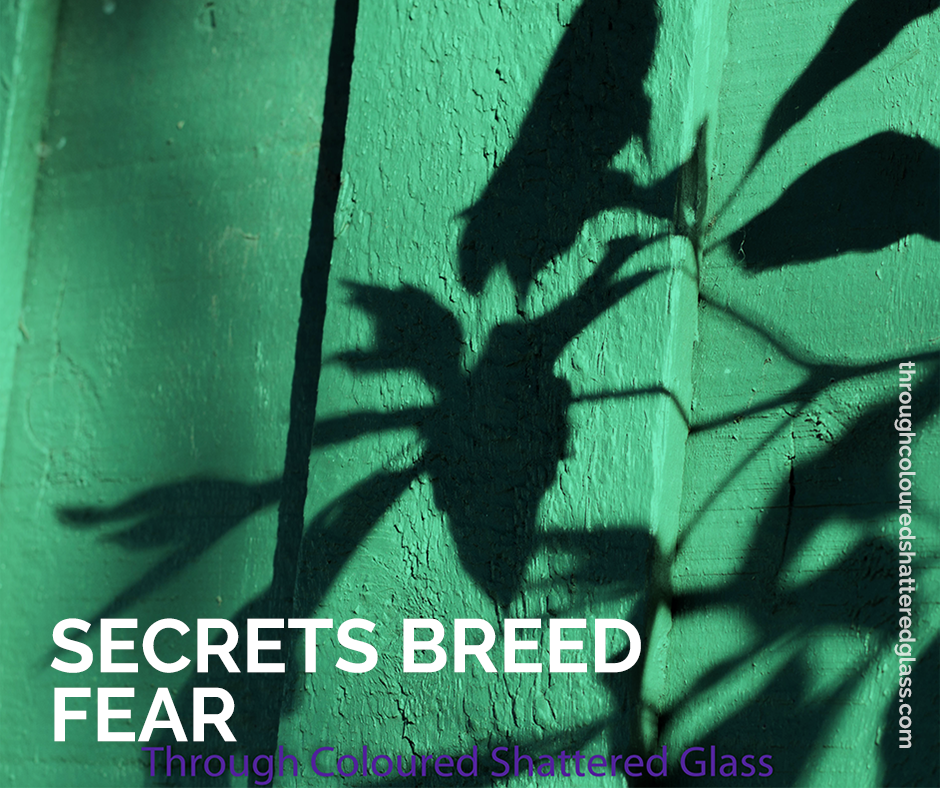 I’m sure a LOT of people wonder why I speak so openly and honestly to my children. The thing is that what you don’t say can often hold more power than what you do say. So often I see parents NOT telling their children something to ‘save them’ from adult things. Aside from the fact that this often doesn’t work, because kids actually figure it out when something is wrong, or has suddenly changed, there is also the over-active imagination factor.
The power of imagination, crossed with a human desire to complete any missing information, adds up to wrong conclusions. For adults this ability could most easily be demonstrated by movies. One example is the demise of the mother and child in Mad Max. If you’ve seen the movie, I’m sure it’s easy to call to mind the awful motorbike running them over. You might be surprised to hear that all you actually see on screen is a child’s shoe tossed onto the road. Movie makers exploit this human brain desire to complete the picture all the time. Witness is yet another example, as most people will argue adamantly that there was a full sex scene in it. Actually, the characters in question only kiss. The rest is filled in by the watching audience.
When a child notices whispers, closed doors, crying, changes in routine and such, they too try to fill in the gaps. But in the absence of the guidance provided by the movie example, the child is assessing an unpredictability, and a fear-based bias. Children also have limited experience of what sorts of things happen, and have little knowledge of the power of miss-interpretation. This brings a whole other angle to their “filling in” methodology. A great example of this phenomenon was shown in Taz’s experience of the afternoon when two ladies lost their lives on the local train crossing. As traffic banked up, and helicopters hovered around nearby where we were walking, Taz proclaimed that he knew what was happening: “it’s world war 3 mum!”. My previous knowledge of accidents at the crossing, plus the chaos it would cause to traffic had led me to the correct horrific conclusion, but Taz lacked the knowledge and experience to come to that conclusion, so came to his own fear-based conclusion with the knowledge he had.
This means that kids can determine worst-case-scenario for any situation they don’t understand, based on their limited knowledge. A fight between parents can turn to fears of divorce. A parent leaving suddenly can cause the same conclusion, or even thoughts that they had abandoned the family or died. When I had to leave very early one morning to head up to be with my father for his final days, I was careful to make sure I explained why I had to leave, to be sure they didn’t reach any wrong conclusions. This is NOT to say I explained that I had to be there to make difficult medical decisions, or to ensure dad wasn’t in pain or distress. None of that detail was necessary to share with them. The basic understanding of what was happening was enough.
This filling-in phenomena is also one reason I’m honest with the kids when I’m emotional. If I’m crying, I will be honest about why. If I’m grumpy, I will also take the time to explain that I slept poorly, or have a headache. If I wasn’t to give them insight into these things, they could come to their own conclusions, and for children, the exaggerated self-centred ness would have them believing that they are the cause of my emotional change. Of course, in an ASD-rich family, it also helps them learn about behaviour of others, by considering their perspective.
Once kids become teens, and even in adulthood, secrets can still breed untold fear. I have seen uplifting videos of teens revealing to their parents that they are gay, or transgender, and a common parental response is that they were concerned that the confession would be of terminal or serious illness. Any impending news can be felt by those around the person preparing to give it, and common human response is to imagine the worst.
Have you ever kept a secret from people close to you?
Once revealed, what did you find out that they thought your secret was?