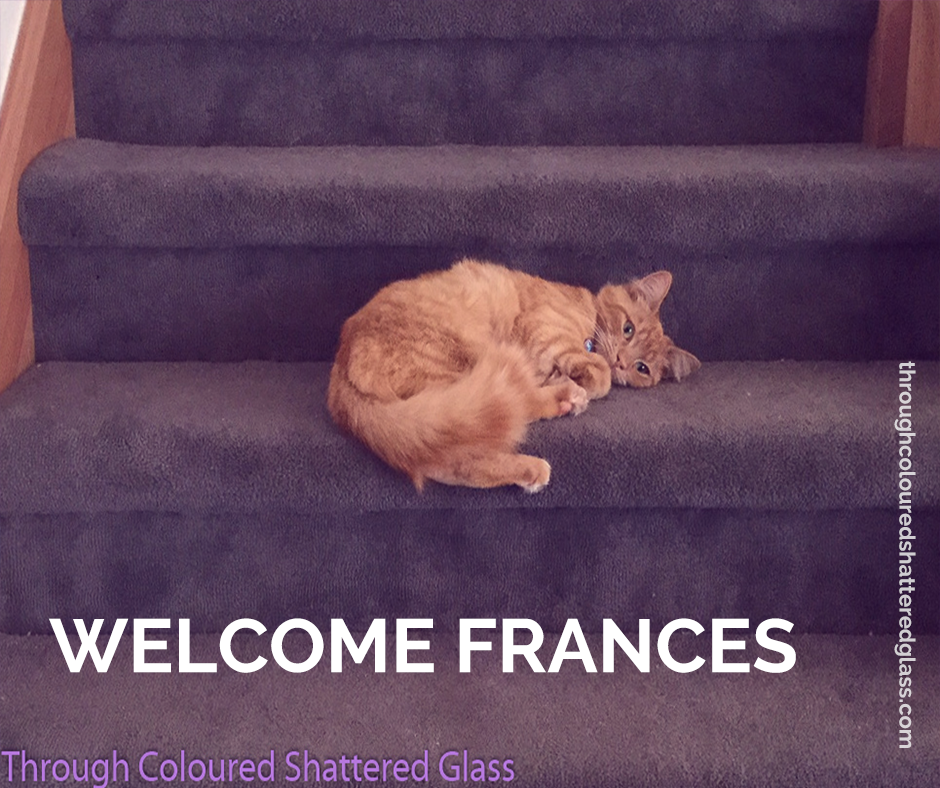 Having worked at the RSPCA as a volunteer years ago, I had decided that one day I would adopt an adult cat. There are so many of them, often not very old even, and some incredibly social too. With my family however, I knew it could be a while before we found one who would be robust enough to stand up to the chaos that is our home.

I am still partial to gingers (I have owned 4 previously), and wanted a female cat (a big ask I know, but I’m the only female in the house). Plus, the fur of medium to long haired cats is something my highly allergic self copes much better with. Furthermore, I wanted an interactive cat. My previous cats had all been smoochy and attention-loving. Everyone used to comment that my cats were so different to typical cats, and two of them even appeared on print media once I trained them. I wondered if I was asking too much wanting a cat like this again, but I hoped for one.

We went out to meet cats one weekend, finding a predominantly male population that made me feel inclined to re-consider my restriction to female, especially as I love ginger, which isn’t as common in females. One cat seemed to be quite taken by Dale, another quite liked Chip. No one really took to me or Charlie though, and Taz wasn’t with us that day, so it was probably best we didn’t find one to take home.

So… yesterday we headed off again, chatting on the way about my list of requirements, and theirs. Chip wanted a playful cat, which Taz and Dale both agreed with, and like me, Chip wanted a ginger. Taz wanted a cat that liked us. Dale wanted a smoochy cat, and I wanted a female, medium haired ginger, who was smoochy and confident with the children. While I considered the fact that I was flexible about this list of requirements, I told the boys I wouldn’t discount any cat really, but that we needed a cat that liked us. They all agreed, and Charlie remained calm despite the change he wasn’t necessarily looking forward to, but he had agreed, and he’s such a softie I knew he would grow to love any cat I brought home.

We were a little surprised to find that adult cats were currently free at the Lost Dogs Home when we arrived, which was not really an issue for us, but made me a little sad that the shelter felt that giving them away for free would give them more chance of getting a home. I worried that I might want to walk out with several, and actually figured we wouldn’t find a cat on this particular day.

Then it happened. Charlie pointed out a ginger female with a fluffy tail. I engaged with her through the gaps in the pen she was in. She poked her nose out at me, and smooched at my hand even though she couldn’t get to me. Our eyes met and I knew I had to meet her properly, so asked an attendant to open the door to her. I picked her up, and she smooched me. As I popped her on the table the boys swarmed around her and she smooched them all, turning on her back to get belly rubs like a dog. I watched in awe. She smooched every member of the family, even Charlie, and I knew we had our cat.

She hadn’t been there long, having been given a name for just 3 days, so we named her ourselves. Dale told me I could call her any name I wanted to, because she would be my cat. I just love his considerate nature. Chip was incredibly excited, but maintained a substantial level of patience while we waited for the paperwork to go through. Taz, the ever inpatient, needed much support with his waiting task. It was quite a long wait to go. We were all VERY happy though. I couldn’t believe I’d actually ticked EVERY box. She even turned out to be playful, loving the cat tunnel I bought at the shelter, plus the toy on a stick that Chip chose the week before at the pet store.

She’s been home just over a day now, and I’ve let her remain protected in my bedroom and ensuite, allowing the boys to ‘visit’ with her. Every time they go in, she smooches them and plays with them, pausing to eat and drink with confidence. She’s ALWAYS happy to see them, and even seems eager to leave the safe haven, so I still remain surprised by how suited to us she is. More than anything, she LOVES attention, and just wants to be loved, even distracting Charlie whenever he goes to our room for something. I’m loving how gentle the boys are being too. Despite her robust nature, she will run off from them if they get too loud or rough. They have responded well to her, giving her a gentler interaction when she returns. I can see so many positives here.

Have you ever adopted an older pet?
What pets do you have in your home?
What value do you think that pets give to your home?