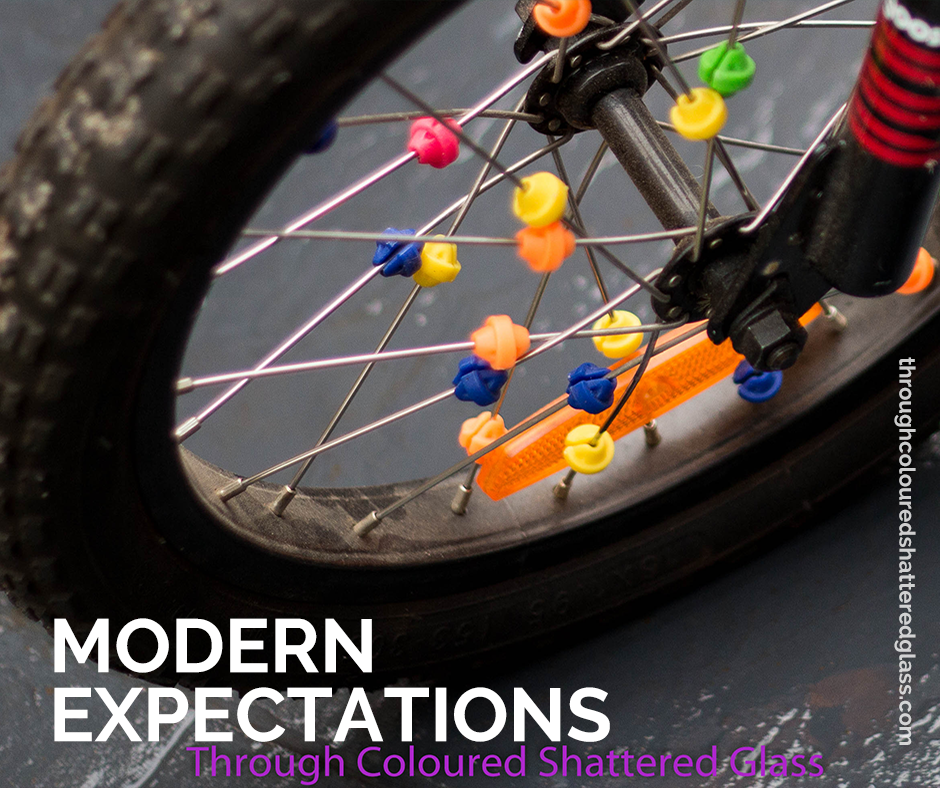 It’s interesting to realise sometimes how much more we require from our children. Not more than we should so much, but more than was required of us.
This last weekend I cheered on 6yo Chip and Dale as they finally grasped the ability to ride bikes without training wheels. In the typical twin manner, Dale felt the pressure to master what Chip had mastered, oh, and do it on the bigger bike. Ahhhh twins and competition… Interestingly though, they were amongst some if the oldest around us to transition into full bike riding (without training wheels). Before you ask, yes, we did have balance bikes, but I found that the biggest challenge for my lads was in fact the peddling, not the balance. It had been the same with Taz too, and as I tried and tried to coax him to learn, I felt the pressure of other children learning before him. I don’t even remember how old he was when he learned, but I THINK he was younger then the twins. Though I now sit here questioning myself as to whether or not he learned younger because I had more time to teach him, or pushed him harder. I’m not sure, but I do know that when I tried to teach Chip and Dale only months ago, it was obvious that they weren’t quite ready. As I silently beat myself up for not giving them more opportunities, I also remembered how pressured I’d felt to try to have them off training wheels for the last group event with bikes. They were part of a fairly small group who still had the training wheels, and Chip was zipping around on his balance bike, but rapidly outgrowing it, and I was quietly wishing they made larger balance bikes.
While all that angst is finally over, I remember when I learned. My older brother taught me, and I had requested to learn, so asked for my training wheels to be removed. There I was on my 20 inch bike, riding away, but there was one dramatic difference: I was older. I don’t remember how much older, but I was older. Plus, in my time, I was right around the age that many kids learned to ride bikes. I had been in school for at least one year (most likely 3 I think), and it was a pretty typical time for kids my age to begin.
Now that almost every kid has the tiny bike when they’re 2yo. Not to mention that once they can ride, modern parenting requires that it’s just up and down the driveway, or maybe the street. None of the practice or incentive that we had when we were kids, riding our bikes to school, around the neighbourhood, and over to visit friends unannounced.
So why the pressure? Why must they learn everything so young? It’s not just riding a bike you see. Development of children can feel like a competition, to talk, walk, climb, play, ride and achieve. We won’t even remember how old they were when things happened. So why do we become such a part of all this as parents? I’m no failure because my child still has training wheels at a group event, though I feel like I need to explain. The real failure was when I pushed Chip when he wasn’t confident, when I was sure he could do it, but he wasn’t ready. That’s where I failed as a parent. I made him cry. I pushed him when he didn’t need it. I worried when there was no need.

Do you ever feel this pressure? Do you have multiples that learned to ride at different times?
When did you learn to ride a bike yourself?