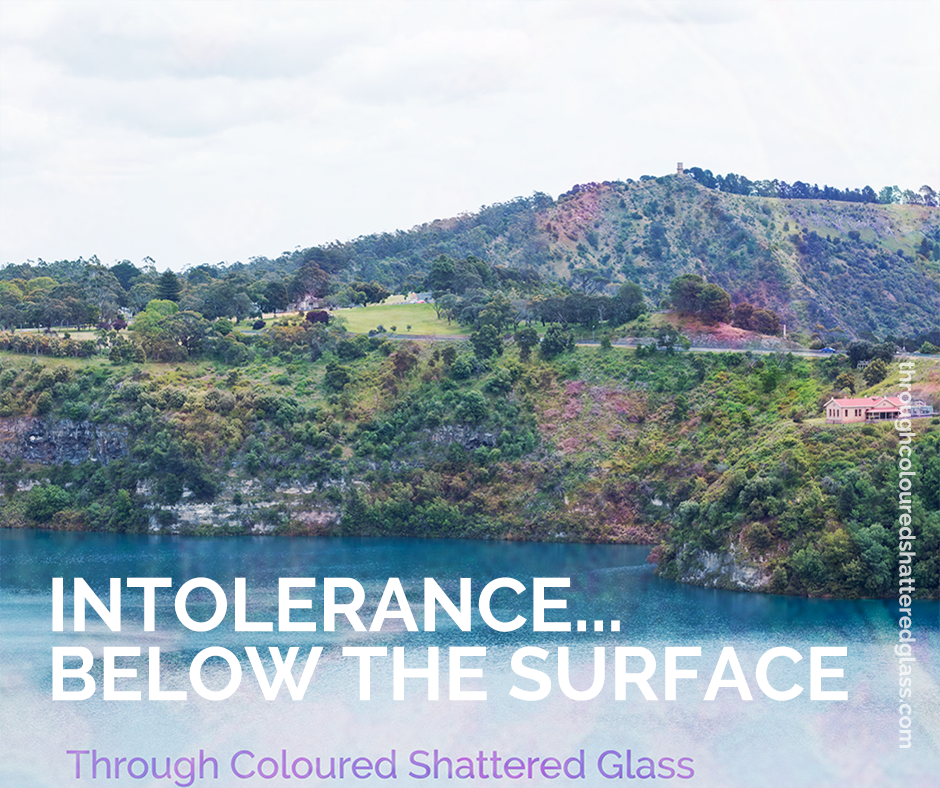 Photograph: The image shows Mount Gambier’s Blue Lake. I chose my image of this, because the Blue Lake, a dormant volcano, looks so peaceful and spectacular now that it’s hard to imagine it ever erupting. When volcanos erupt, the imbalance begins from deep under the earth. Just as intolerance begins from deep within.