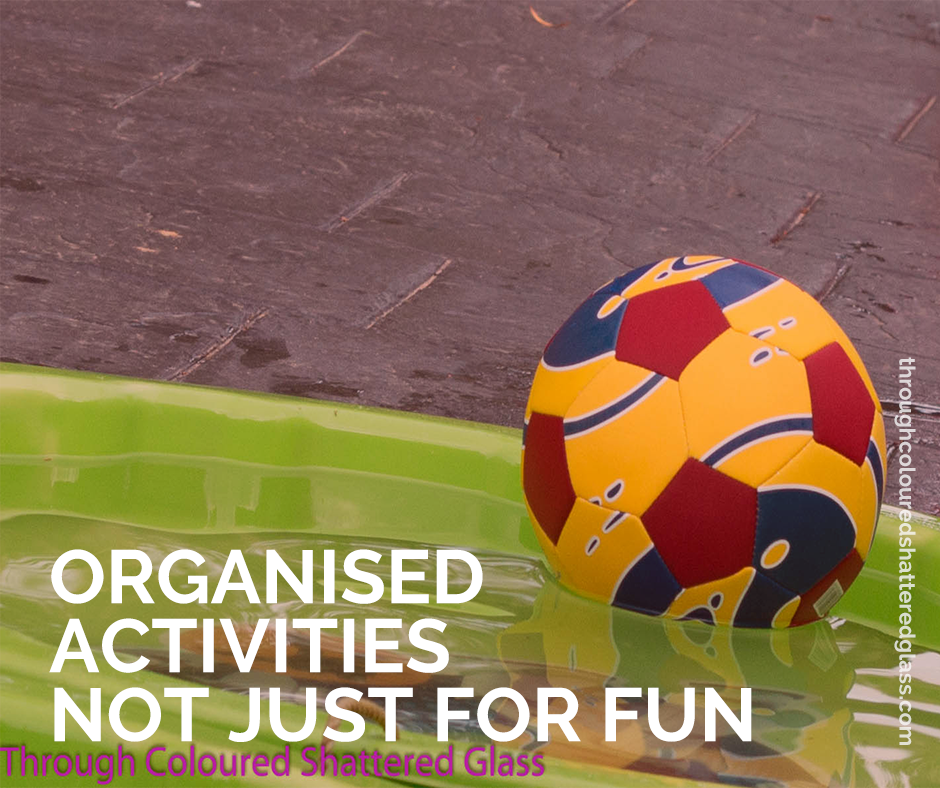 This is something that a good number of children have in their lives these days, though they often emerge due to forces such as previous parental involvement, or older siblings. When I approached this with all 3 of my sons, I approached it a bit differently. Firstly, I wanted to foster any strengths they showed signs of, or high-level interests. If both merged, then even better. I also looked at strengthening their skills in areas where they were perhaps less able. This is not to say I wanted to eliminate or just concentrate on any weaknesses my children had. I just made sure that if there was an area which their lives may improve by strengthening, I wanted to do that for them. In a general sense, whatever Taz did was going to help him to have social experiences. Here was an area where he needed extra time spent, and I honestly think his activities helped. Chip and Dale were quite different, and they have also shown personal interests and preferences much earlier then Taz.

Each of them is now involved in activities that both benefit their weaknesses, and help develop their strengths and interests. Like anything, it’s a balance. Dale, the most indecisive of my children, the one who often just goes with the flow, is doing 2 activities he has shown interest in or asked to do. He is absolutely LOVING them too, and one activity is even helping him develop his gross motor. I’m not sure why I was so worried about this at one time, but he’s literally doing cartwheels around my earlier concerns these days.

Chip has been the last to reveal his hidden talents and desires. His recent leap into team sports has him gaining more skills in a game that he loves, AND allows him to have the team experience and become an historical figure in our family which generally lacks sporting prowess.

Of course, this variation between children has its drawbacks. None of the kids do the same activity, and with twins, that means more time spent than if they did something together. However, this is easily outweighed by their confidence gained from learning without competition between twins, and their ability to each shine as individuals.

Do your children do different activities?
What influenced you to choose those particular activities?