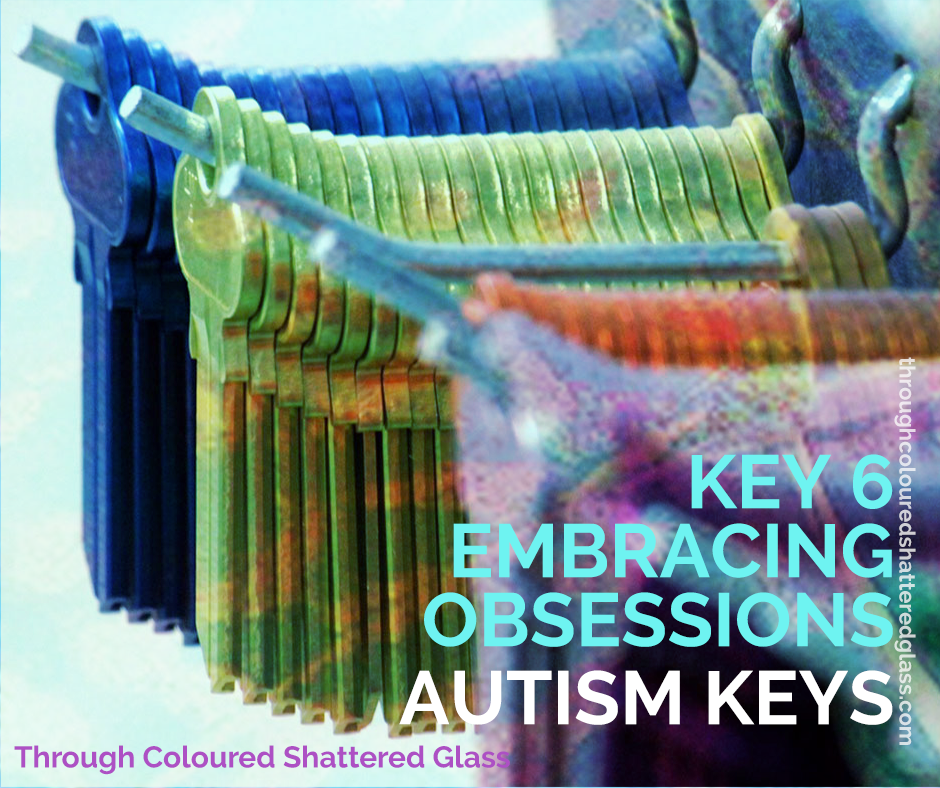 What do we do with them? I’ve seen plenty of range in what people think should be done with obsessions, and I will begin with one point I don’t want overlooked: obsessions are also coping styles.

When my darling lad was just 2 years old it was suggested to me that I remove balls (his obsession) from his environment. Some family members removed them from their environment, so that when he visited, they didn’t ‘distract’ him. I actually did do this, not even lasting the day before giving him some ‘ball time’. After a day with the most anxious and cantankerous child I’d ever seen in my house (this is quite a statement, given his meltdowns were multiple, daily and long). If you had seen his face when I brought them out, you may understand when I tell you how relieved he was. I did try this strategy of a ball-free environment, for most of the day, giving them to the lad when I cooked dinner each day. What I found was that he was less likely to vary his play, more likely to be anxious, and totally resistant to teaching.

From the end of that week I changed my point if view about obsessions. I welcomed them, using them for teaching, because they gave me so much: interest, incentive and ability for my lad to concentrate. For example: I got every type of ball I could find, giving me tools to teach colour, texture, size, weight etc. To this day, I also tend to stash a spare ball or two he’s never seen before, as these cheer him up or help him deal with difficult days.

I admit that I didn’t openly embrace ALL obsessions. He did go through a phase of picking up rubbish off the street, and another of collecting feathers (which I’m allergic to most of the time). Others came and went with little interest from me (like lid collecting), but I didn’t really discourage those. He is now going towards adolescence with an obsession he had from infancy, trains. I find this one quite functional: you don’t have to look far to find people who are interested in trains so it has social advantages, but it’s also handy. He knows ALL the train lines. He is adept at planning journeys and getting from place to place by train. He has generalised this interest into other forms of public transport too, so he’s a regular tourist guide. Why would I discourage such a useful and socially acceptable coping style?

What obsessions does your child have?

How can you enhance one of your child’s obsessions to be a part of their social life? Through Coloured Shattered Glass is very excited to announce that a new online support program for parents of children on the autism spectrum will be launched early in 2018.

If you would like to be one of the first to find out all the details, please register your interest here.